I know it will come as a great surprise to you, that our Mom has been taking Yet More Pictures of us.  She's also trying to learn Adobe Lightroom, so we can assure you that our pictures will continue to be plastered all over the interwebs.

Abby is thrilled about it.
You will notice no squinty eyes and surly looks from me!
Just to show you that Abby isn't ALWAYS surly (although she would really prefer Mom spend more time throwing the frisbees and less time getting portraits)...

Me, I know Mom wants a 3/4 profile shot, so I happily comply! 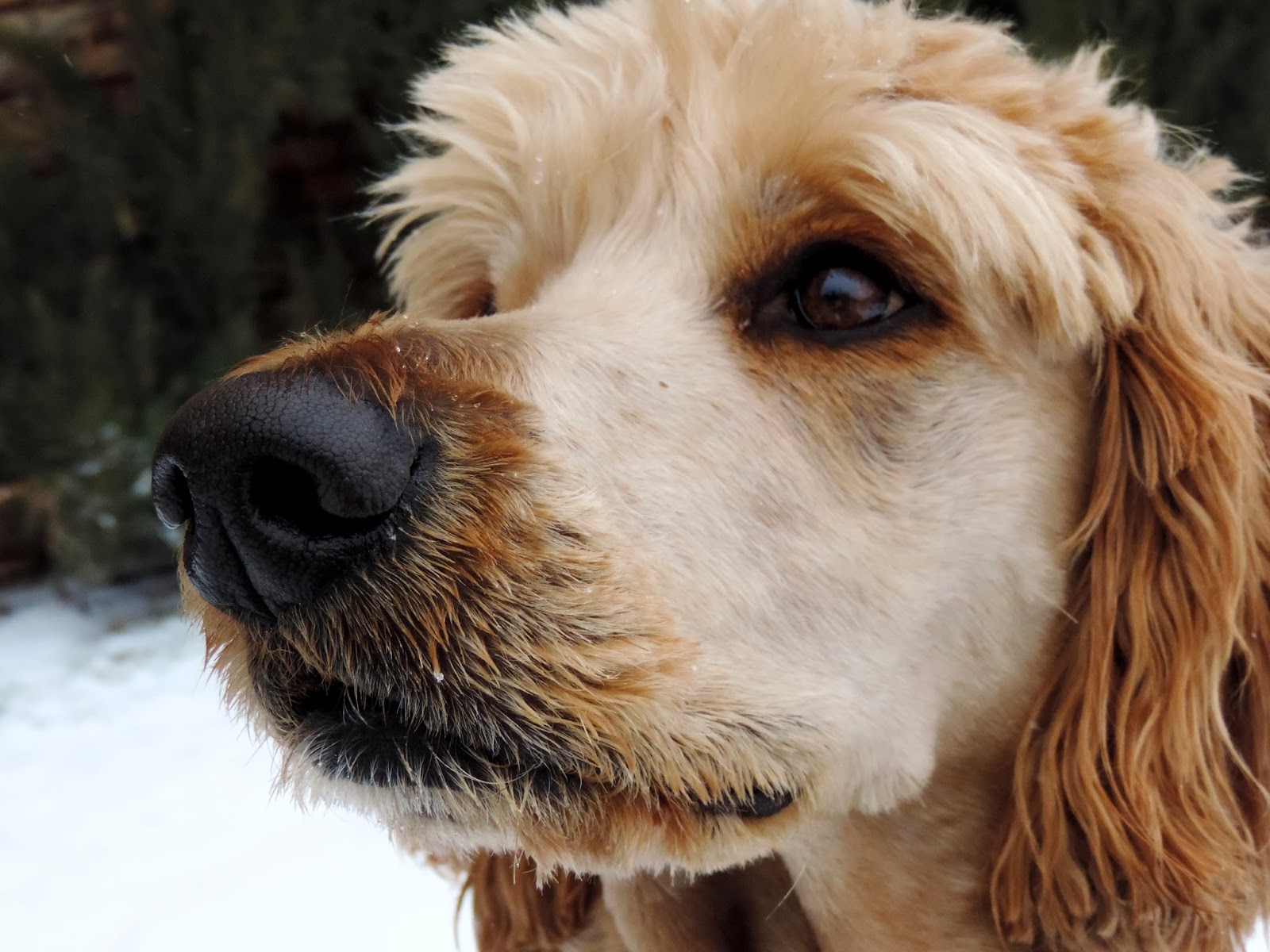 Don't worry - we've been getting lots of frisbee time; you'll see the photos this weekend!

*kissey face*
-Fiona and Abby the Hippobottomus
Posted by Lucy-Fur, as typed by Dr. Liz at 8:26 PM 10 comments: 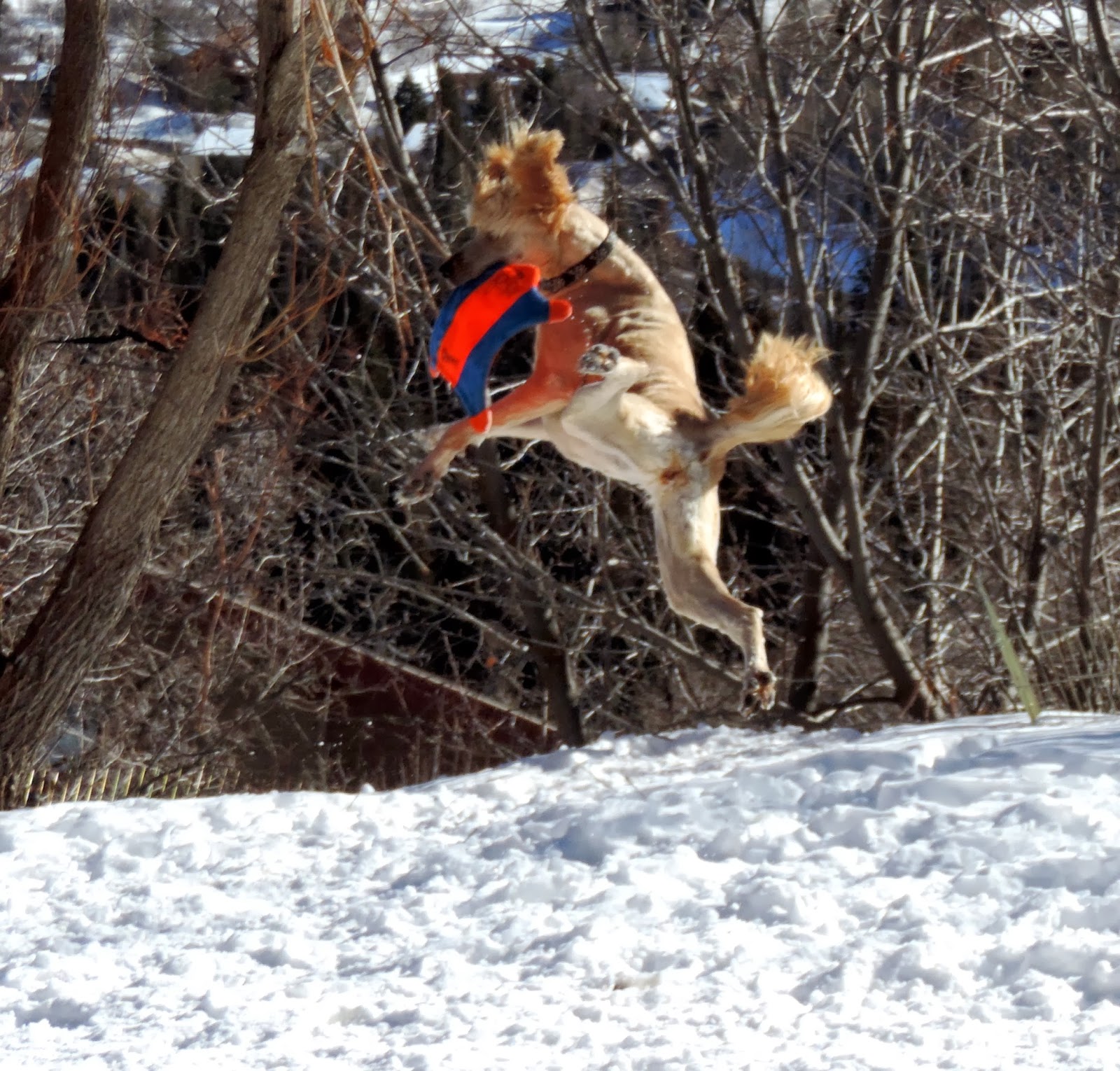 
*kissey face*
-Fiona and Abby the Hippobottomus
Posted by Lucy-Fur, as typed by Dr. Liz at 7:37 PM 12 comments:

Of Frisbees and Stolen Hair and LOTS of Photos (surprise, surprise...)

Seriously, if there is a post that has less than 87 pictures in it, assume our Mom has been abducted by aliens and has been replaced by a pod person.

Anyhoo...  This has been a busy week; I had a vet appointment in which they took pictures of my insides (I'm fine - and Mom was really tempted to take pictures of the person taking pictures of my insides but she was a little worried that they might actually find something so she was a wee bit distracted and thus no pictures - but again, I'm fine), Mom has been busy at work, and then Mom thought she had something wrong with her car and she spent Friday afternoon test-driving cars (no, really, she did - it was a slow day at the car dealership) while the dealership determined that there was nothing wrong with her car.

In spite of all that excitement, Mom has managed to find time to take "a few" pictures of us.

The duct tape that Mom used to fix the Doodle Launcher last week may not be holding...  Luckily, Abby is always the test pilot.

Mom is now deciding if she should repair the Doodle Launcher, or if she should take Dennis the Vizsla's suggestion and build a Doodle-pult, or a Doodle-Trebuchet.  Of course, we think any suggestion from Dennis should be considered carefully, as Dennis is known for zany antics that usually end up with him being busted out of jail by Bugs Bunny and/or Ninja Hedgehogs wild adventures that don't always work out exactly as he intended.

So while Mom is considering repairs on the Doodle Launcher, we've managed to still have Fun With Frisbees!


Mom was rather pleased with the 'running with frisbee' shots (she's still learning her camera) so she got a few more. 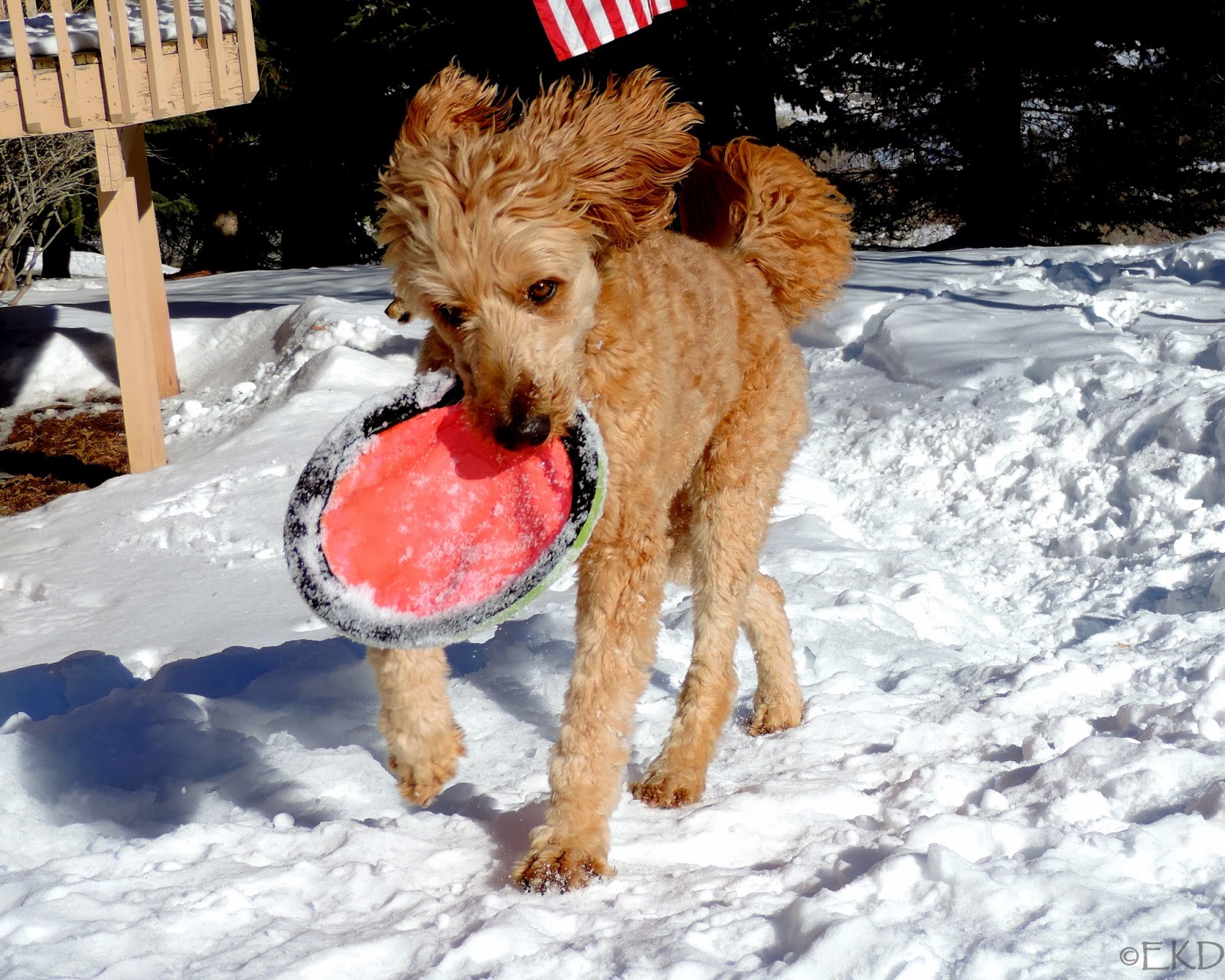 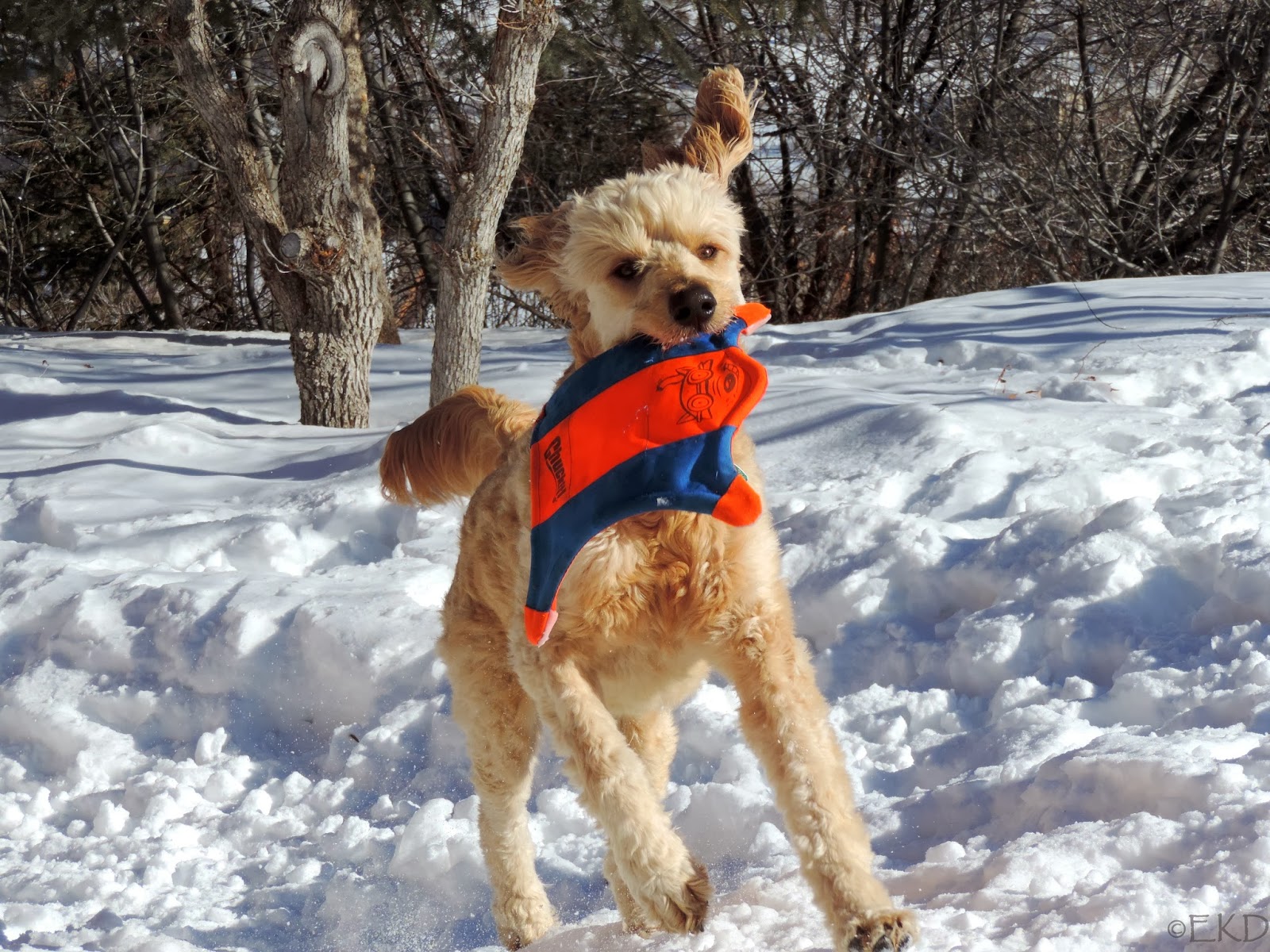 And Abby continues her rehearsals for that famous ballet, Doodle Lake. 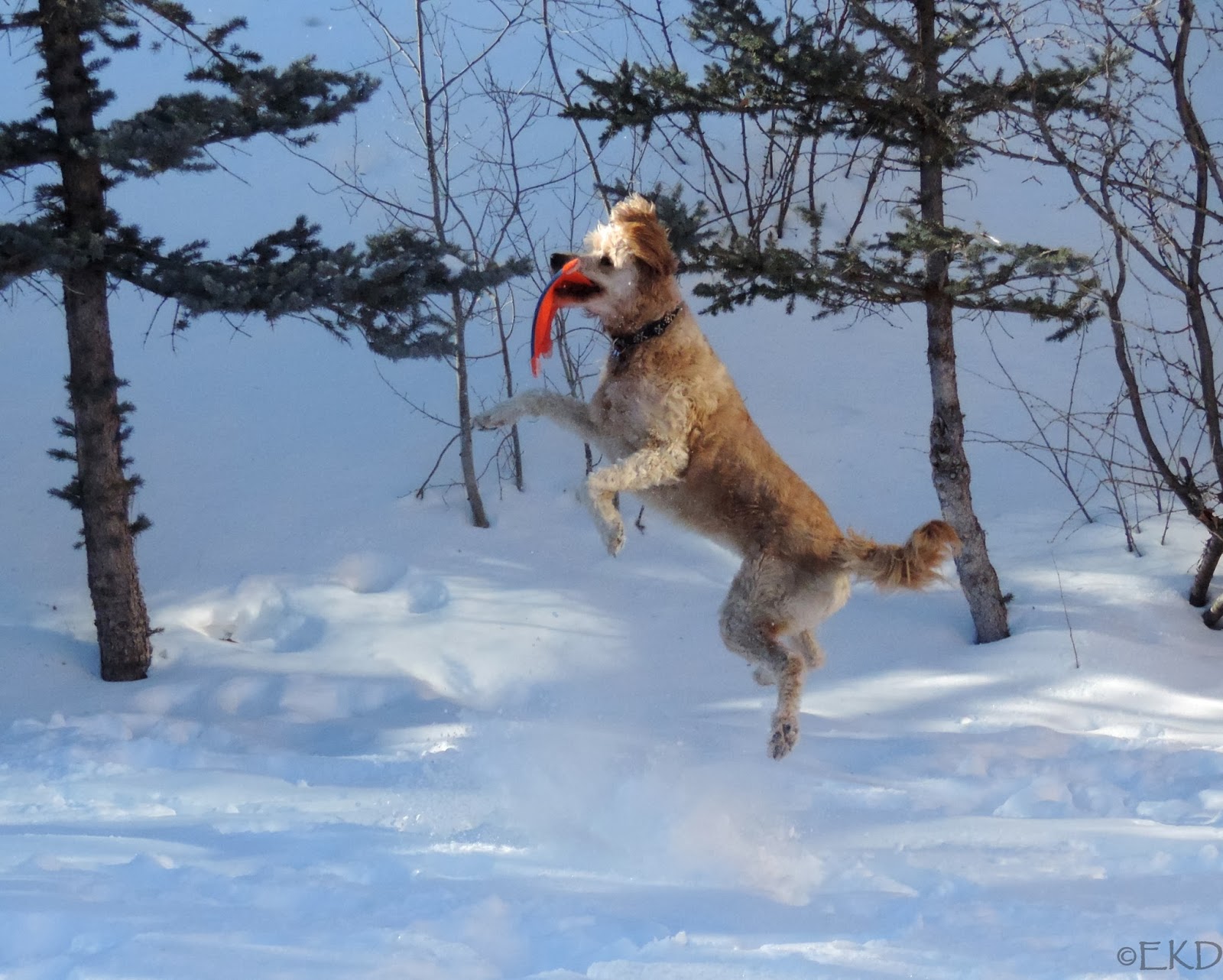 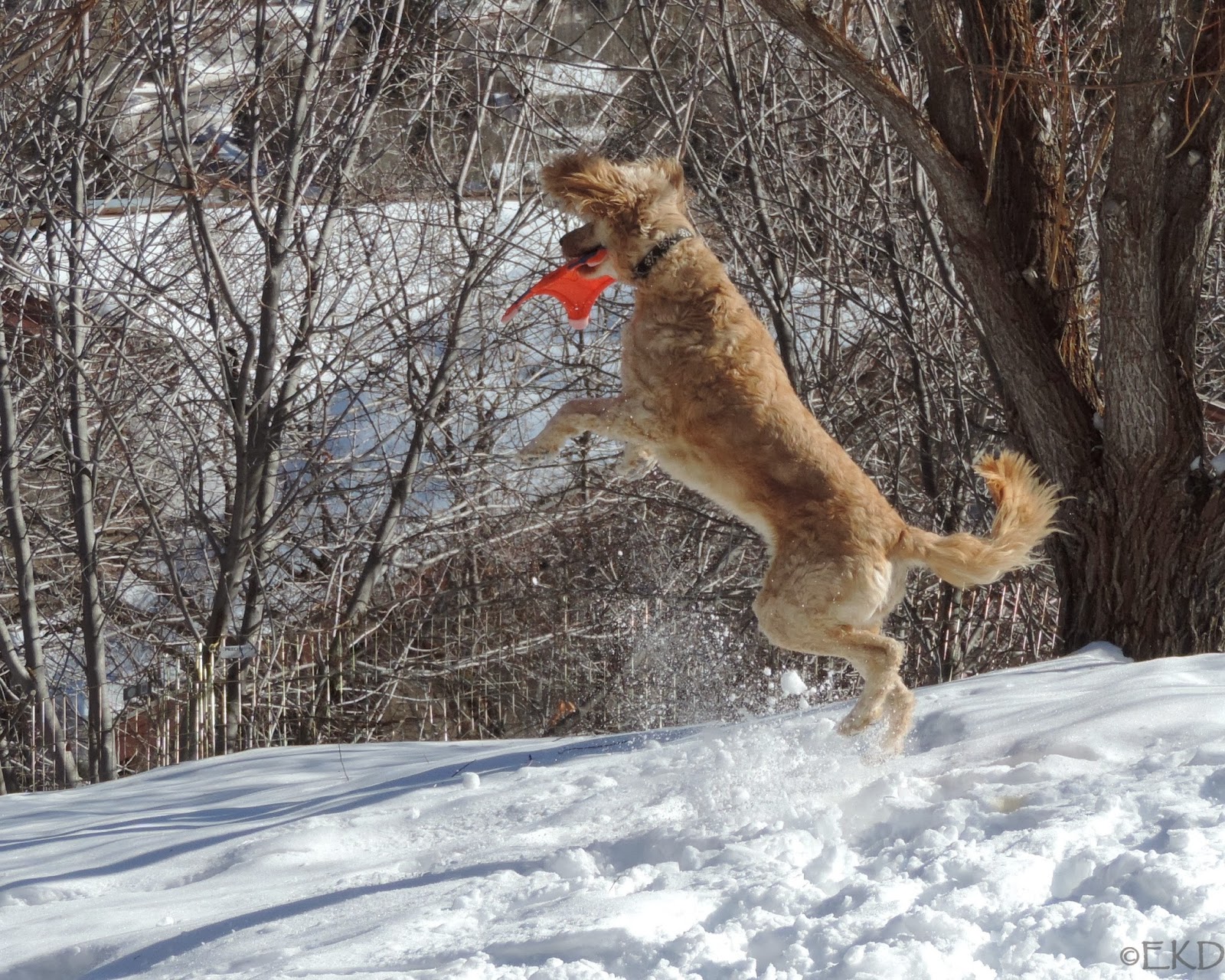 While we were having fun, Mom somehow got the idea that we should get baths.  (The weather has been quite warm for us for this time of year - in the lower 40s during the day - which isn't doing much for our snow, incidentally...)  Baths are fine.  But unfortunately after Mom brushes us out after our baths, there are times that she decides we are 'wooly', and even 'shaggy'.  This was one of those times...

Who ya calling wooly?!?

Yeah, well, once Mom gets an idea in her head, it's hard to get her to drop it.  So today (Monday) she decided to take advantage of the three-day weekend (and the fact that neither Mom nor Dad wants to venture out of the house while the Sundance Film Festival is in swing because the traffic is quite bad - something about former mining towns generally only having one or at most two ways in and out, and a zillion people coming in for all the festivities and the skiing) to Steal Our Hair!

After our morning walkies, Mom put on her extremely flattering *cough* grooming attire (which is about 10 sizes too big - she bought them in a medium, but apparently a medium in groomer's clothes is like a 3XL in normal people clothes - Mom does not understand why that is, but since it keeps most of our hair from getting on her, she's sticking with them), put on the music and broke out the clippers.

Me, I'm okay with the grooming thing.  It's not as fun as frisbees and walkies, but I can live with it.

Abby is not quite as tolerant of the whole grooming process as I am; she tends to move around alot, doesn't like having her feet touched and is (and I quote Mom here), "a bit of a challenge".

But when it was all said and done, we were decidedly less shaggy, and yet not so nekkid as to be cold, if cold weather ever comes out way again.

Mom, of course, also tried to get some shots from different angles, including her odd position where she gets down on the ground and looks up at us.

Of course, all the excitement of baths and haircuts and whatnot has left us sleepy...

Anyhoo, we look forward to being more aerodynamic in our frisbee escapades!  Have a great week!

*kissey face*
-Fiona and Abby the Hippobottomus
Posted by Lucy-Fur, as typed by Dr. Liz at 7:22 PM 13 comments: