So, Mom and Dad decided we needed a sister.  Did they ask us?  Well, they did ask us, but were we going to say no?!?  Anyhoo, we have a sister named Bellatrix.  She's a Goldendoodle like us, and Mom says she looks a lot like me at her age.

So, where did this thing come from?  Mom has been perusing the animal shelter's list of adoptable and soon-to-be adoptable doggies for a while, and she was all excited on Friday.  She had found a doggie that was listed at 10 months old, a Golden Retriever mix, and a female.  She began emailing and messaging the people she knew at the shelter (Mom's phone wasn't working - she had to get a new one, but it didn't get here until Saturday).  She finally got more information on the doggie, and Mom and Dad decided we all needed to go down and meet her Saturday morning, when she was available for adoption.

We got in the car Saturday morning and got to the shelter at 9:15am.  The shelter doesn't open until 10am, but Mom and Dad were eager, and were hoping to be first in line.  The shelter was doing a 'Pet Pantry' where the shelter gives pet food to people who can't afford it right now, and Mom saw several people from the shelter she knew.  We got to meet some of her shelter friends, and one of them brought Mom a blank adoption form to fill out while she was waiting.

Even though Mom volunteers at the shelter, she doesn't get any special treatment or first dibs on doggies or anything, and if someone else had shown up before 10am wanting to look at the same doggie, they would have had a lottery to see who could meet the doggie first.  However, when the doors were unlocked at 10am, no one else had lined up to meet the doggie Mom and Dad wanted to meet, and the shelter staff were very good - first ushering us into one of the staff member's office so we wouldn't be in a crowd of people (Daisy and I had never been to the shelter before and it was a little weird - lots of noises and smells and things).  And then some other staff took us out to an outdoor covered dog run.  Mom and Dad first met the doggie in the next door dog run, and then they brought us in to meet her (Mom and Dad wouldn't have been able to foster/adopt her without our approval!)  There were many zoomies and the people at the shelter and Mom and Dad all decided that we would be a good family for this doggie.

Mom and Dad decided that they would name this doggie Bellatrix - she didn't have a name, or even a number (no microchip!), and they got ready to bring her home.  Bellatrix isn't spayed yet, so Mom and Dad are fostering Bellatrix until she gets spayed, and then Mom and Dad can officially adopt her.  But, other than the final paperwork and Bellatrix's surgicals, it's a done deal.  While we feel bad that Bellatrix's people never came looking for her, we think we've got a winner with a new sister!  The shelter didn't have any history on Bellatrix - no microchip, and only that she was found in a neighborhood and no one in the neighborhood knew her. The shelter tried to find her parents, but with no luck.

Bellatrix is still figuring stuff out, like where to pee and poop (but she's getting better at that), and she's still learning her name, and puppy stuff like sitting when told to, and lying down, and stuff, but we're confident she'll figure it out!

So, join us in welcoming Bellatrix to the family! 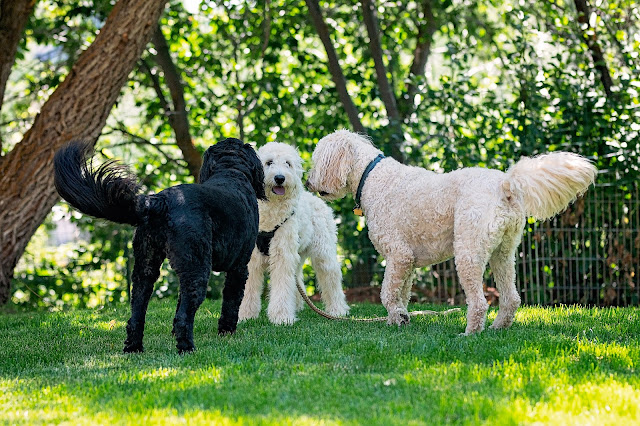 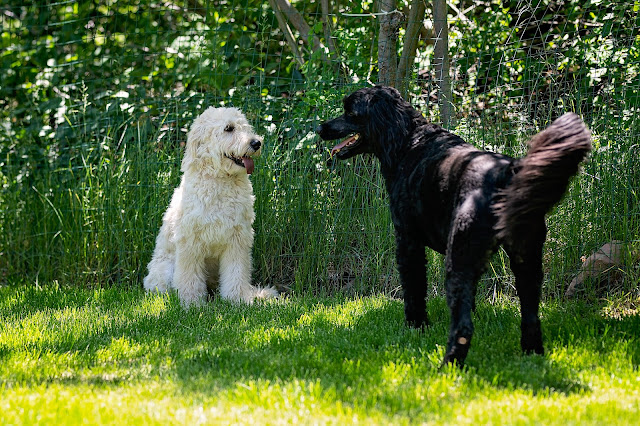 She got the zoomies thing figured out really quickly. 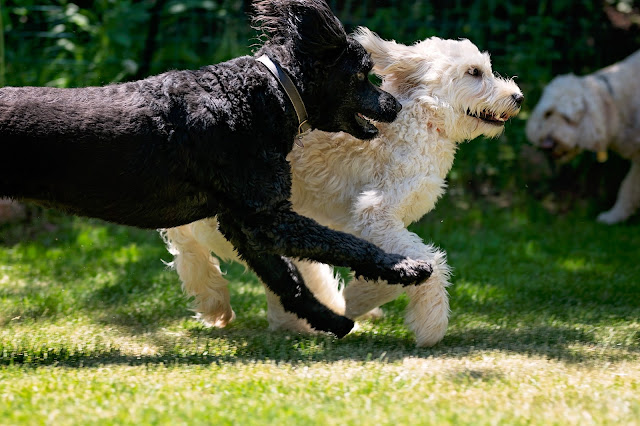 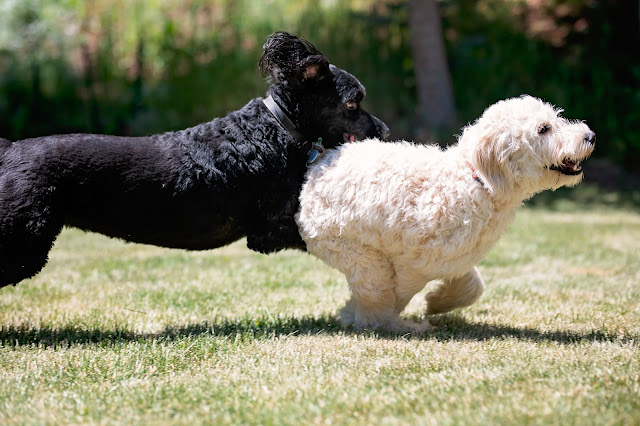 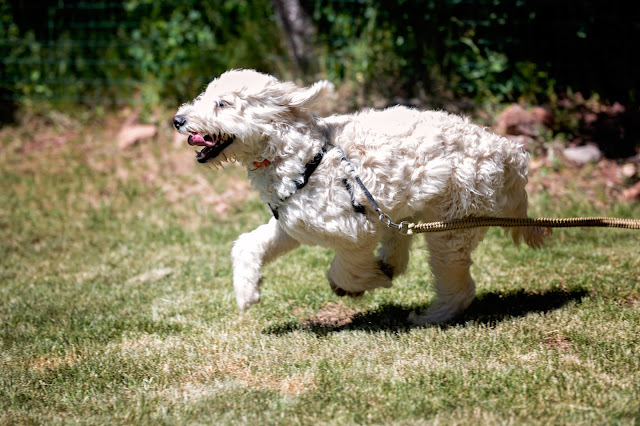 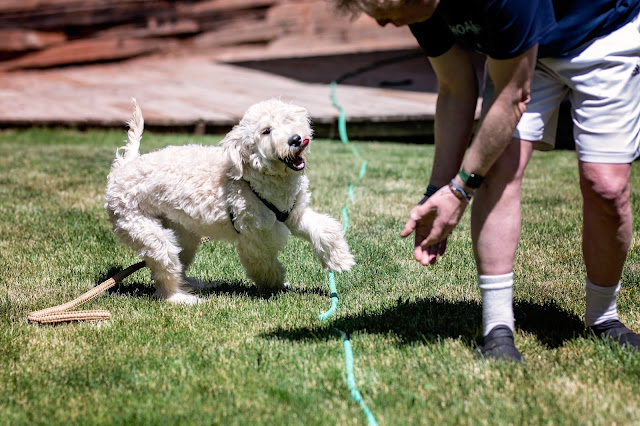 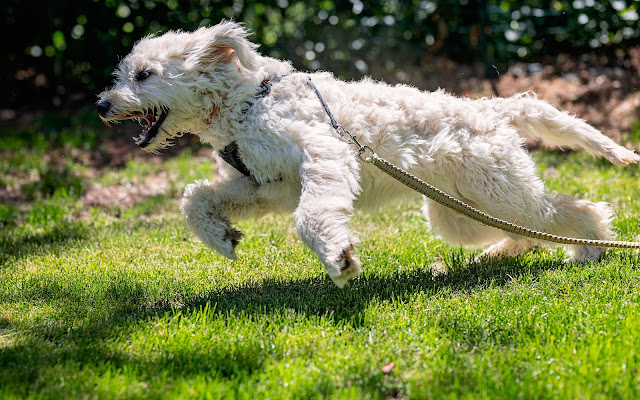 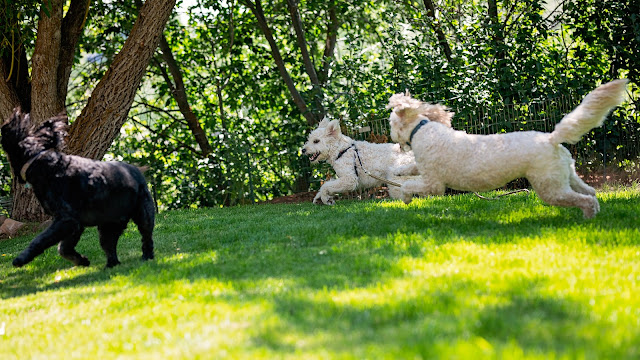 We think this will work out pretty well!
Mom and Dad think that she might even have some frisbee/tennis ball skills that some of us lack... 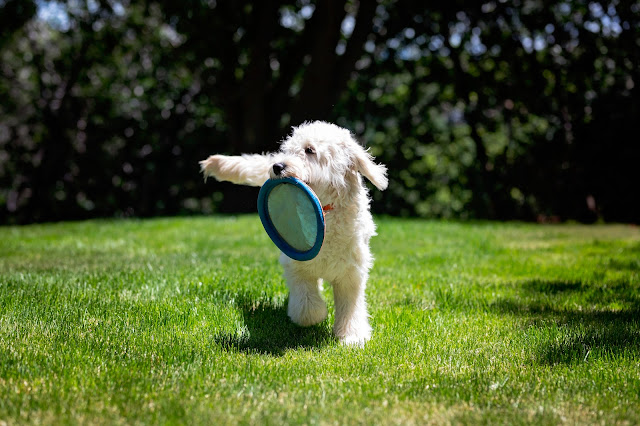 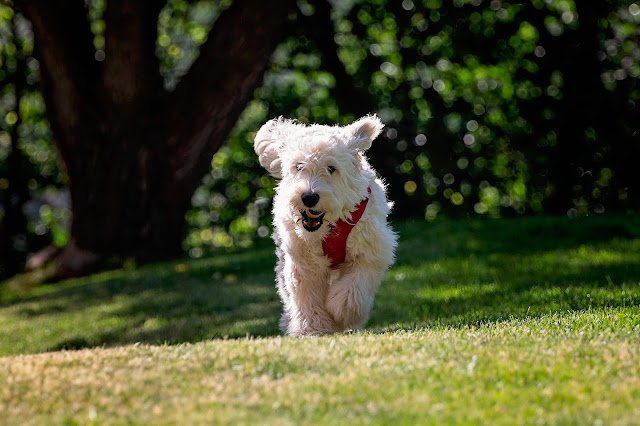 And she's even getting the hang of bitey-face zoomies! 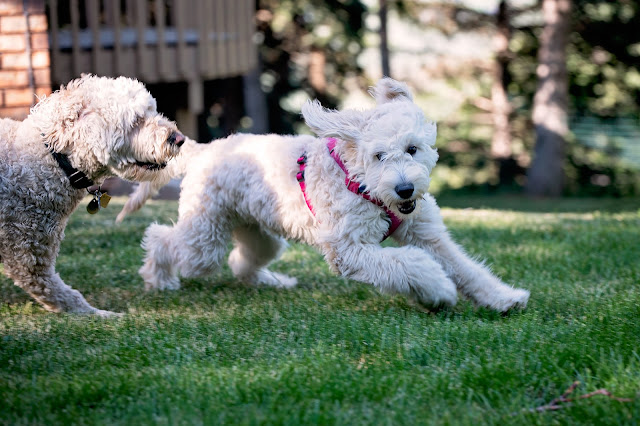 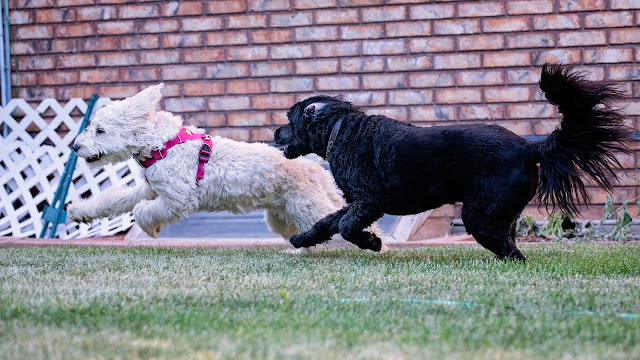 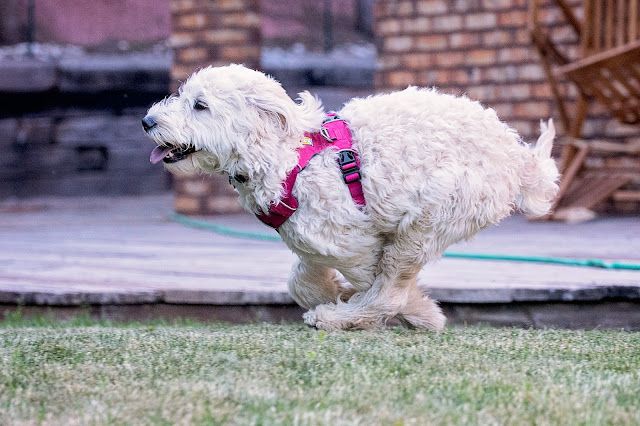 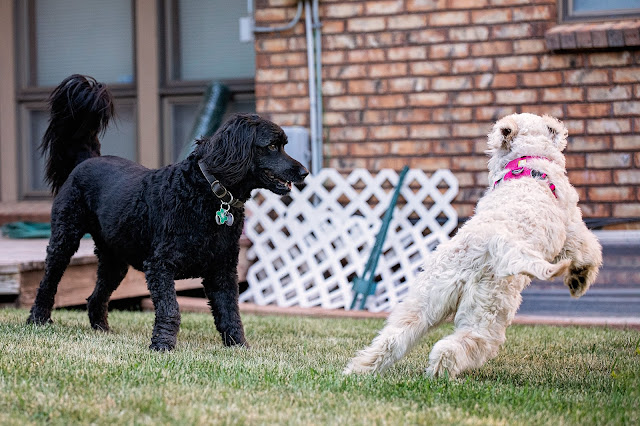 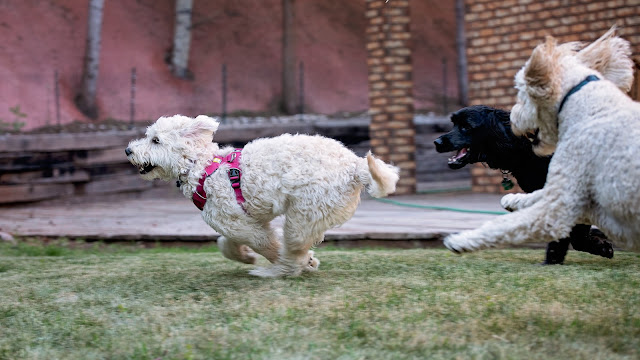 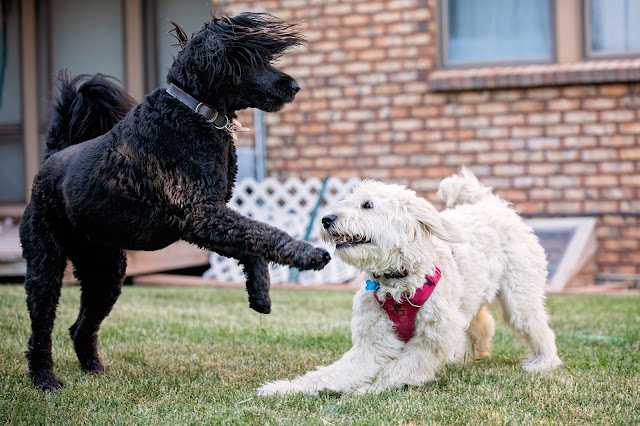 More photos later - the wee monster needs to go outside again!  We will keep you posted on all things Bella-related!
*kissey face*
- Lucy-Fur, Crazy Daisy, and Bellatrix
Posted by Lucy-Fur, as typed by Dr. Liz at 7:37 PM 3 comments: